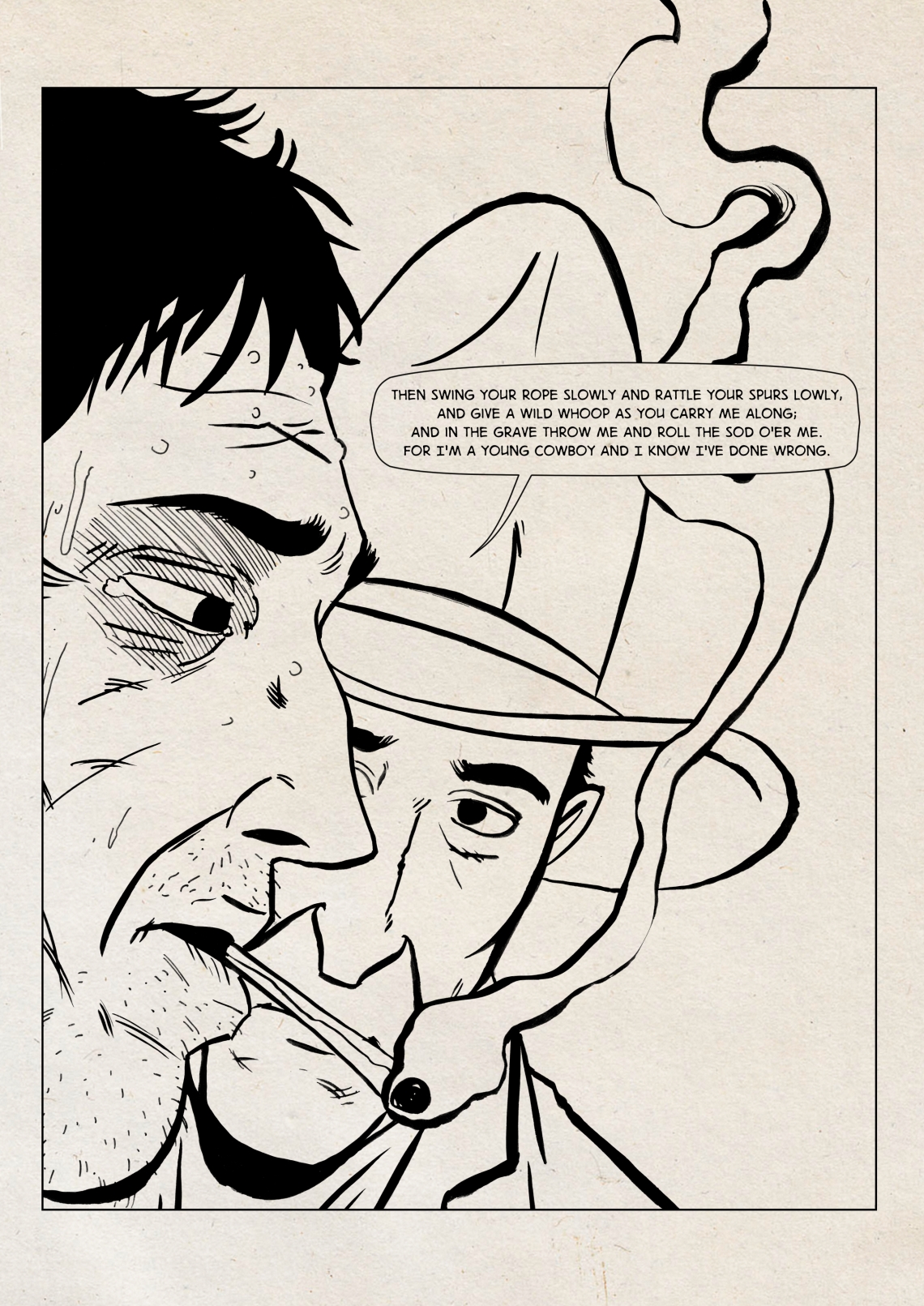 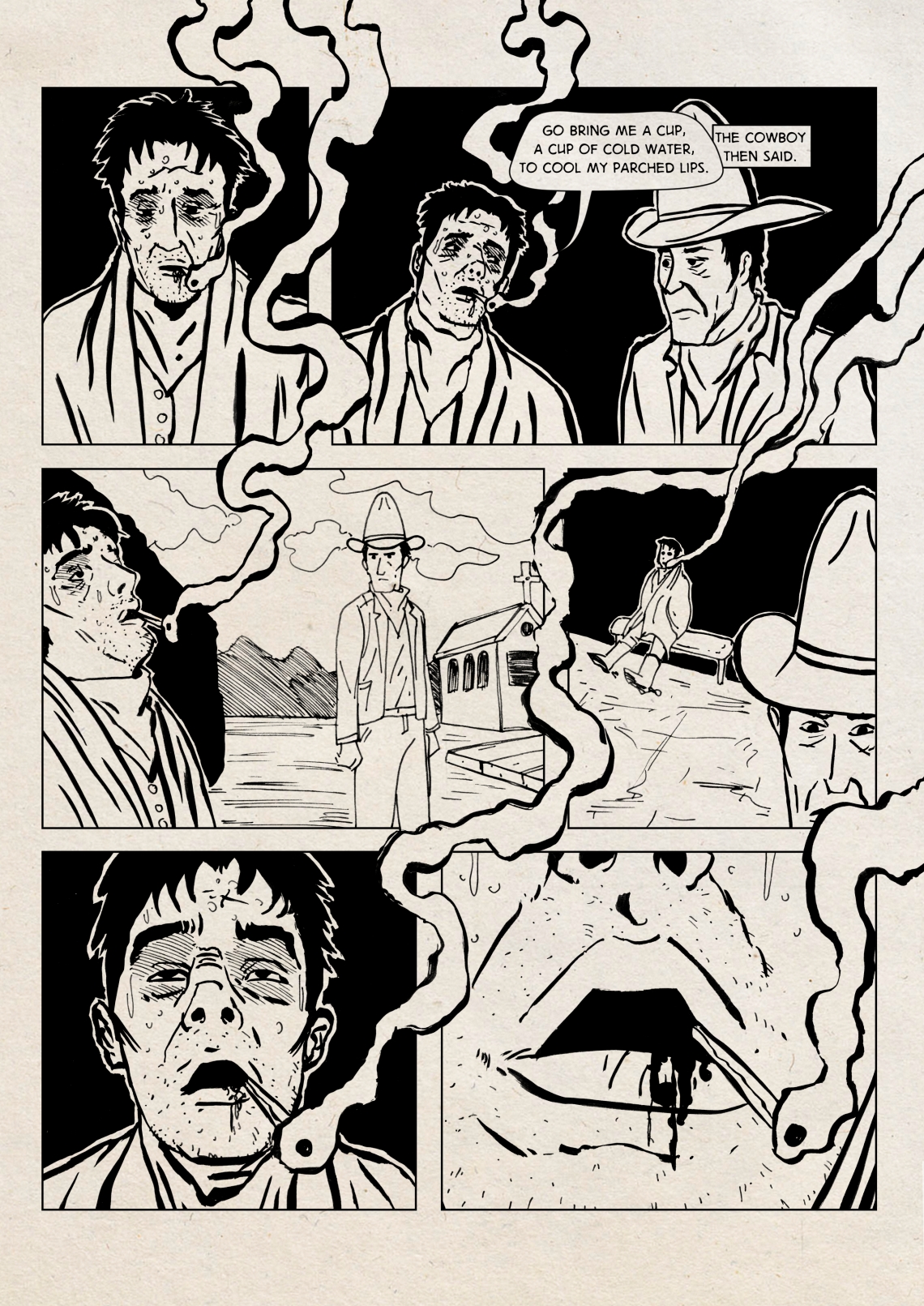 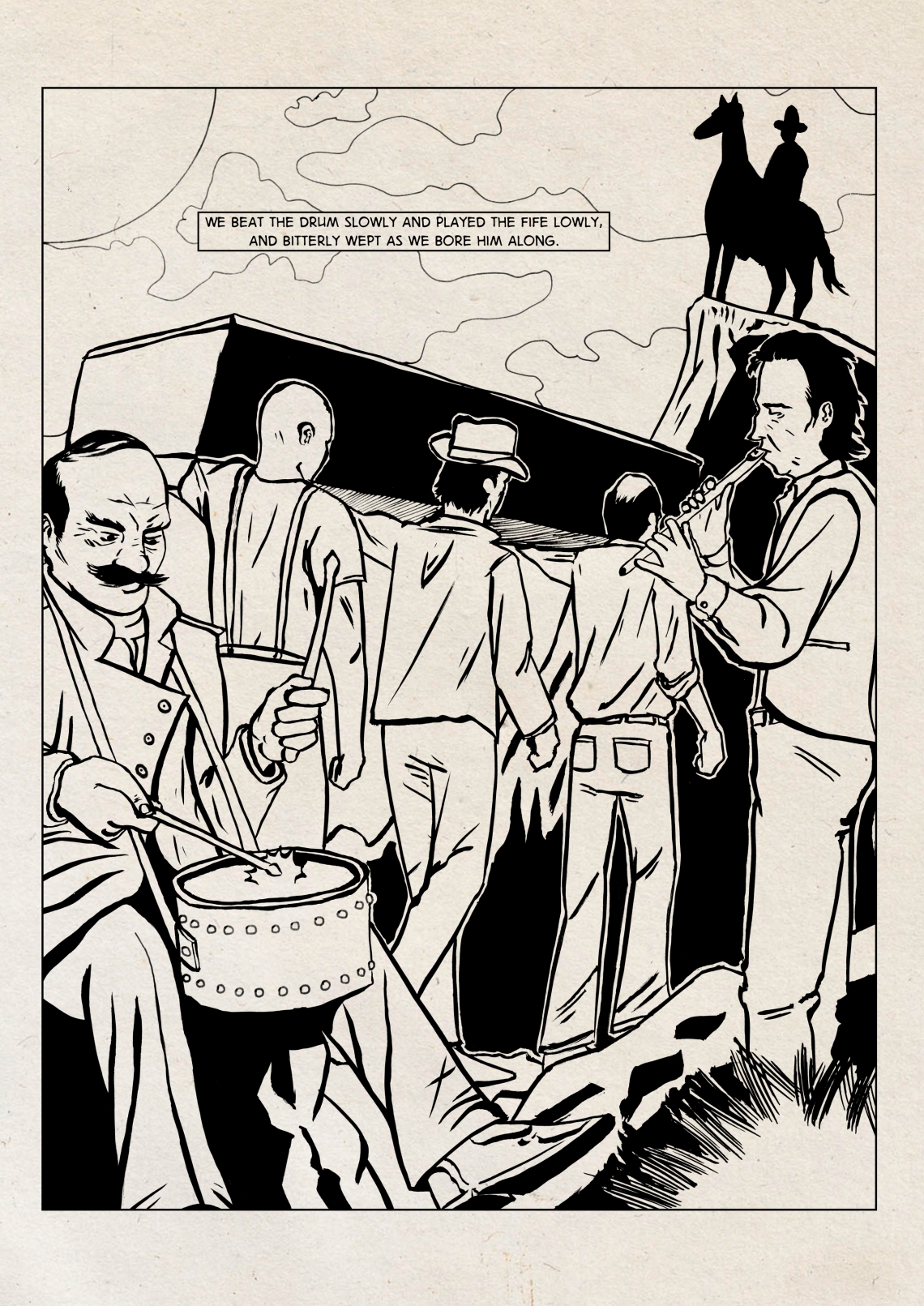 Well, here we are – the fourth instalment of Tales from the Border. This one is an adaptation of an old cowboy ballad, “The Streets of Laredo.” You might be familiar with it from the many country artists who have done versions of it.

I’m pretty happy with how this comic turned out. It started as a small exercise – a simpler art style, drawn on A4 paper so that I might be able to do one page an evening. As my next project is projected to be at a minimum of 50 pages long, I wanted to keep some shorter stories rolling out on the website. Whilst it took a bit longer to do than the 15 days estimated, I’m very satisfied with the result and personally I feel this is some of my best visual storytelling yet.

So what is this song about? Due to it’s age I think some might see it as just another cowboy song, but I feel there’s a lot of meat to the lyrics here; not just a critique of the raucous lifestyle of the cowboys, hard-working men who played hard when the opportunity came, but also a song about the tragedy of the death. This last angle particularly stood out for me, and it became important for me to capture the last moments of this character’s life, his worries and concerns and his desire to keep on living.

The cigarette is where the story opened up for me. It’s an original addition of mine (as far as I can tell), and for me the smoke symbolised the passage of life, the continuity of experience – drifting off the page to God only knows where. I wanted to capture the tragedy / understatement of the main character’s death through the snuffing of the cigarette. I think the cigarette also has important sociological themes too – an item to be shared, a visual metaphor for fellowship.

Anyhow, that’s enough pontificating from myself. I’m happy to announce that this story will eventually see print – not in Tales from the Border #2, but in a special mini A5 western comics anthology issue, entitled “West of Everything.” It will be packaged with another story I am beginning to write this weekend, which will be exclusive to the print comic. This will be a limited run (so no Kickstarter!), so I will print as many as I can afford. Message me if you’re interested in securing a copy. Otherwise, you’ll be able to secure a copy at any conventions I do this year.

Hope you’re all well – and see you next time on the Border.